The mouse and the rat in Chinese cheng yu

Acasă › Blog › The mouse and the rat in Chinese cheng yu

What is a cheng yu might be the first thing you want to know when seeing the article. 成语（Chéngyǔ) can be translated in English as “idiom”, but it has both a very specific and important place in the Chinese language and culture, so translating it just like that is really not enough. Made of 3 up to 16 characters, though the majority consists of only 4, cheng yu’s are fixed phrases that mainly derive from classic stories, legends and books. The specific, unique significance they acquire in those contexts leads them to becoming a fixed meaningful part of written and spoken language. Because each cheng yu has it’s own backstory, you must make sure you know it in order to fully understand the sense. What comes after this? You can use them to describe your friends, important events, particular situations, and all of these in a special, hearty, ample manner. This article and the following ones will show you a great diversity of cheng yu’s that will surely impress your Chinese friends and also give you a better understanding of Chinese culture and outstanding speaking skills.

Because not long ago we celebrated the beginning of New Chinese Year, we can seize the opportunity and discover cheng yu’s that are connected to rats or mice, and by doing so, get a glimpse of how these two rodents were/are perceived in Chinese society, outside of the horoscope.

This one is a very transparent cheng yu, and it means “as fearful as a mouse”. You can use it to talk about people that get scared very easily. It was used in 魏书 (Book of Wei), where a provincial governor in North Wei Dynasty decided to surrender twice to the enemy, even if the soldiers were confident and ready to fight. 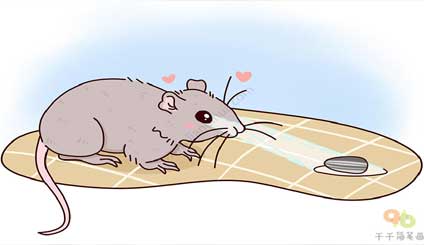 “A mouse can see only an inch” emphasizes the bad eyesight of a mouse to actually describe a mediocre person that has no future plans or no large understanding of the world, but just the basic knowledge of things around him. It was first used in the 临川梦·隐奸 (Lín chuān mèng·yǐn jiān) , written in Qing Dynasty

Translated as “a desperate rat will bite the fox”, it can generally mean that even the weak ones, when threatened, will fight back against all odds. It comes from the larger “死不再生，穷鼠啮貍。” (once dead there is no coming back to life,~), which appeared in the 盐铁论 (Discourses on salt and iron), written in Han Dynasty. 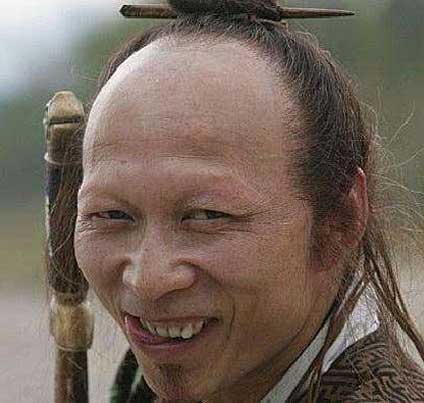 When someone looks at you as if they want to sneak away and then steal something, then this cheng yu is the ideal description for this particular look. If we take it word by word, it means “thief eyebrows and mouse/rat eyes”. It is extracted from the novel金瓶梅(The plum in the golden vase) written during Ming Dynasty.

Of course, Chinese might also use phrases such as “smarter than a rat” to talk about someone clever, and they say that a married woman catching a mouse in her dream is a sign she will soon give birth. So these animals get their share of respect, due to them being witty, having strong adaptability and easily getting out of trouble.

For now, we will stop here, not because the well of cheng yu’s ran out of water, but because we want to keep it’s depths fresh and mysterious and let you taste it bit by bit, or, why not, let you explore this time’s topic yourself. After all, one or two cheng yu’s will only make you thirsty for more.

Looking forward to you reading the next articles too!